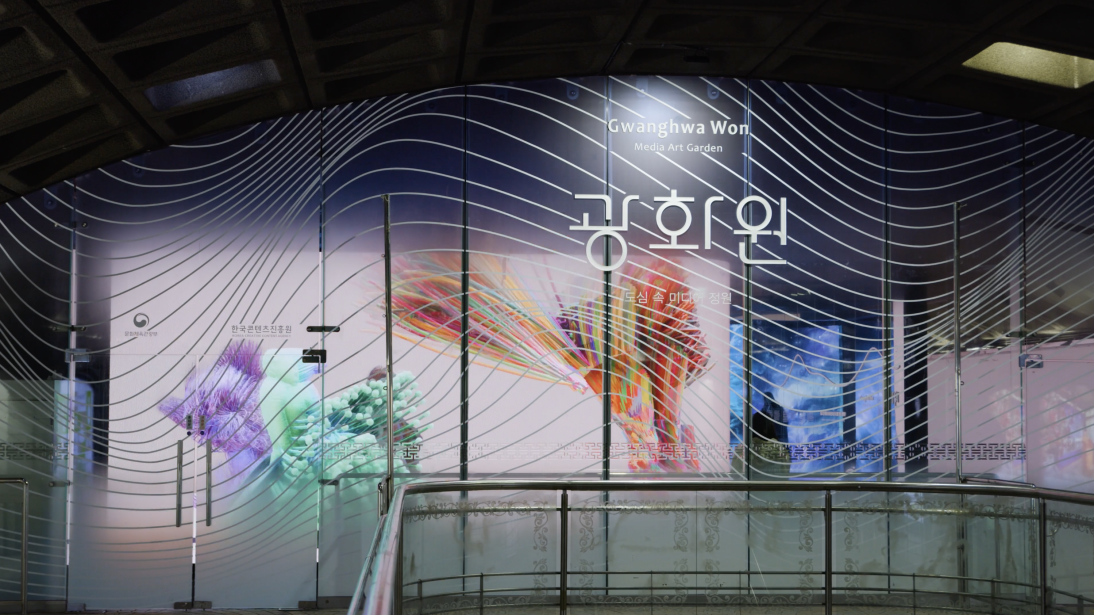 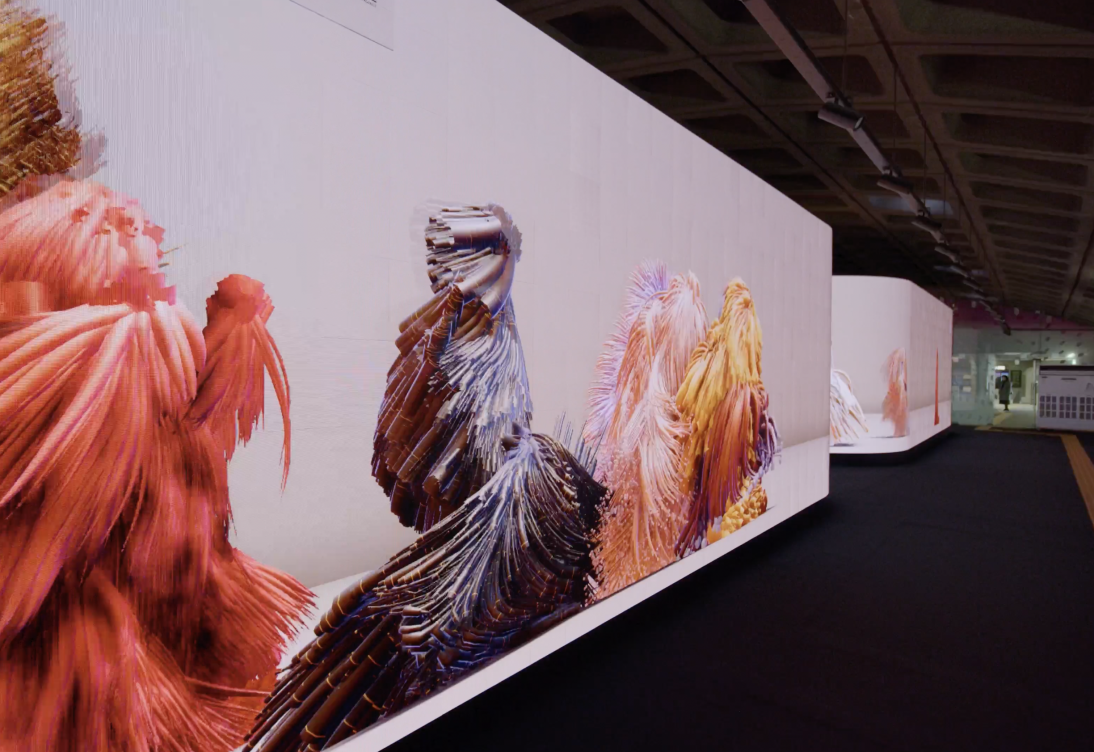 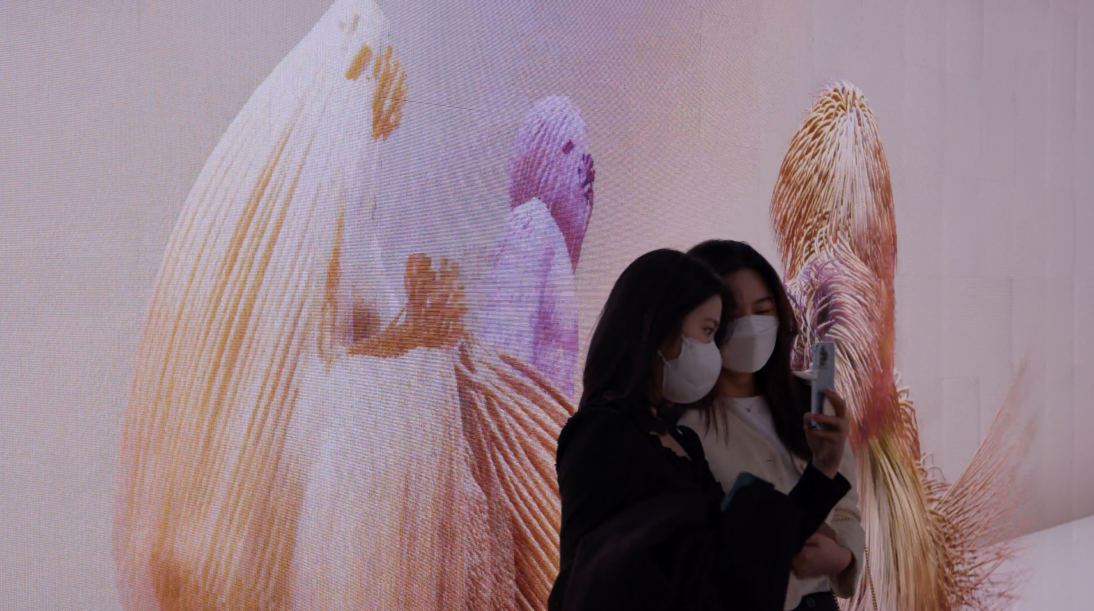 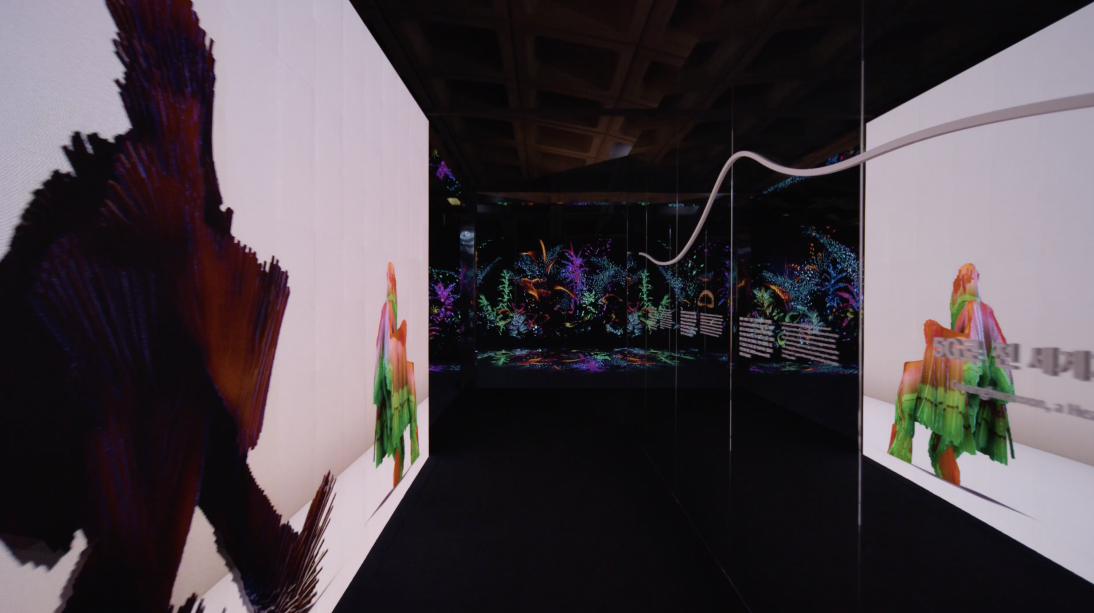 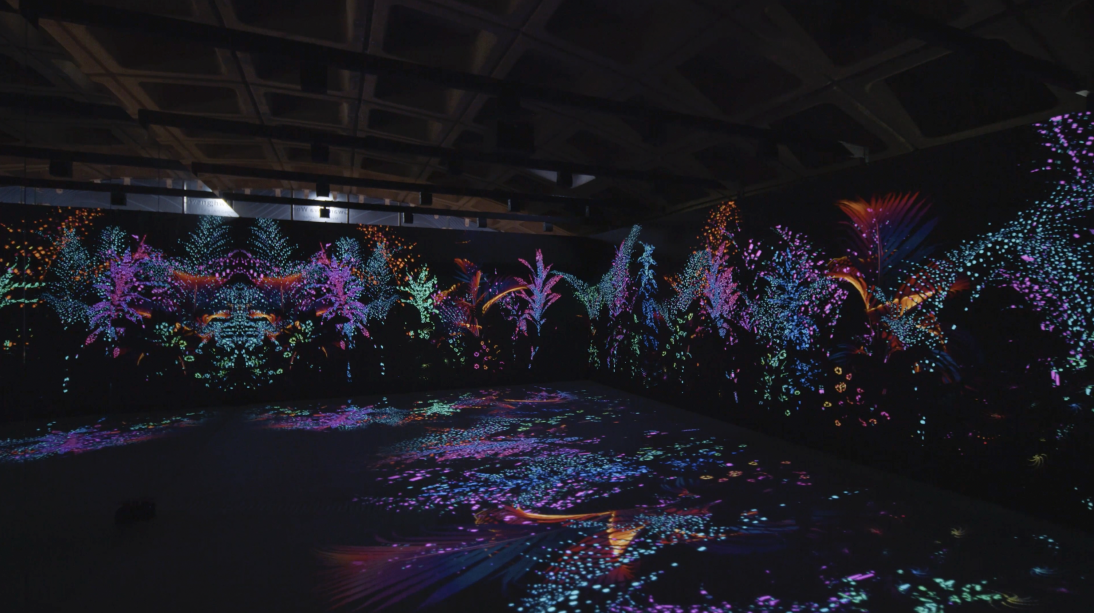 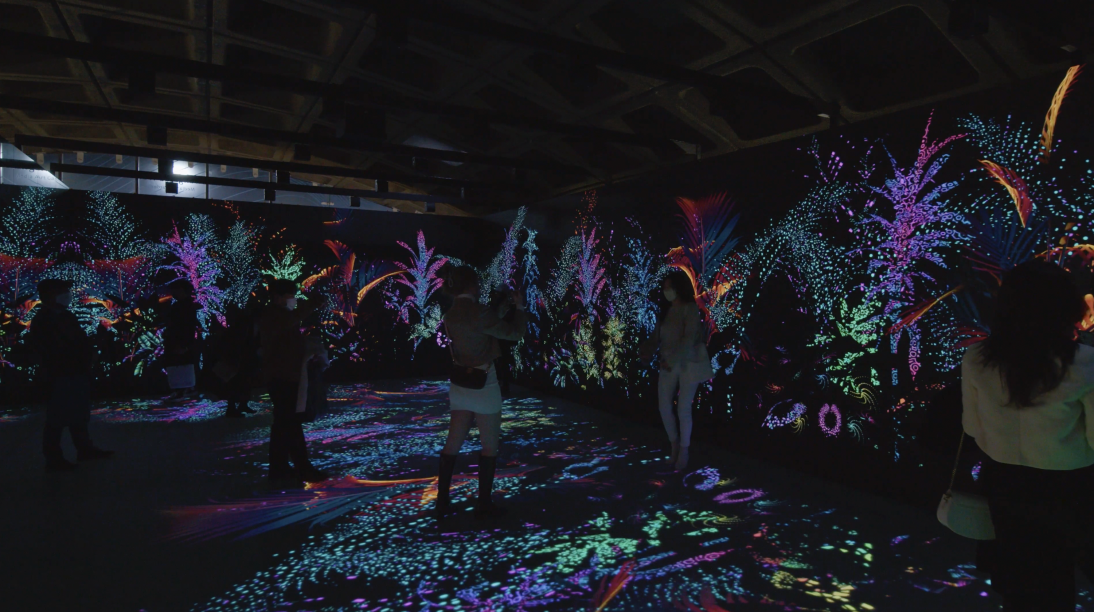 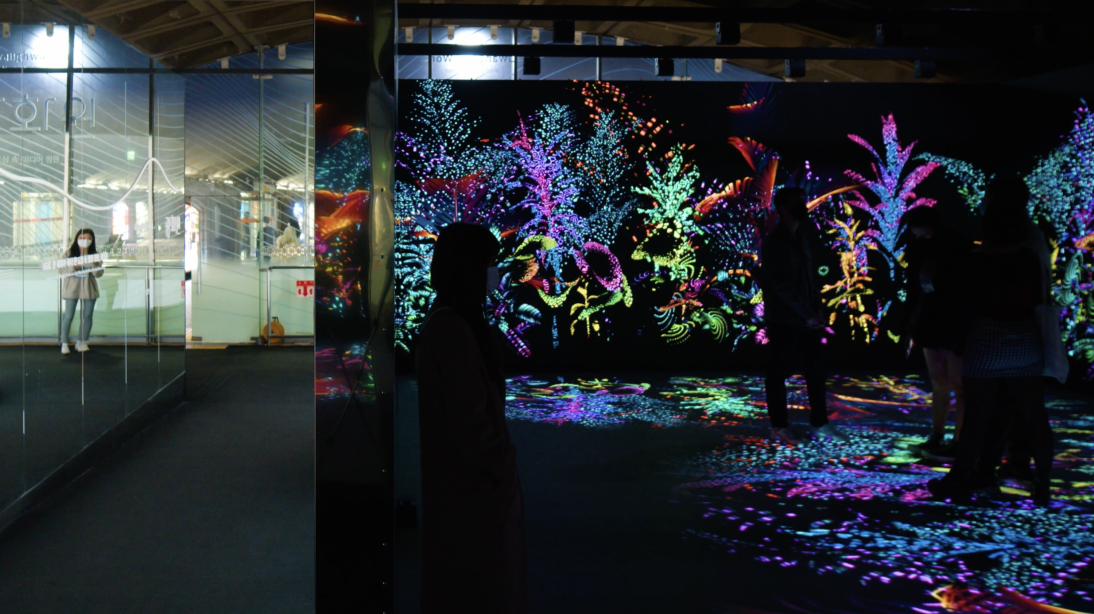 Two digital artworks by Universal Everything feature in Age of Light, an immersive media art garden in a metro station in the heart of Seoul, South Korea.

Age of Light forms part of the Seoul Metro Art Center, based within Gyeongbokgung station. Universal Everything’s two works – Tetrachromia and Infinity – tie in to the Age of Light’s themes of nature, life and eternity. Located next to the historic Gyeongbokgung Palace and the National Palace Museum, this cultural space is designed for commuters, tourists and the general public to access high quality art through the country’s latest advanced technology. Open for free from morning to night, it creates room for reflection and relaxation amid the hustle and bustle of the city.

Tetrachromia is a synthetic nature video artwork, inspired by the expanded range of colours that exist beyond human perception. For birds, an apparently green plant can become imbued with vibrant patterns and shades.

Infinity is a never-ending video artwork, featuring an endless parade of unique personalities born from code. It presents viewers with new characters each time, as they are generated and join the parade in real-time.

Universal Everything was commissioned by Artivive to exhibit these two works as part of the wider immersive cultural project hosted by KOCCA (Korea Creative Content Agency) and South Korea’s Ministry of Culture, Sports and Tourism.